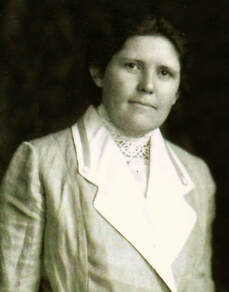 ​Background of the Society 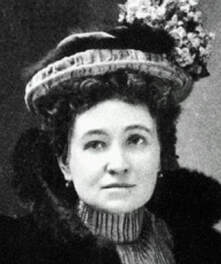 Founder Miss Mary Florence Taney
The National Society Colonial Dames XVII Century was founded by Miss Mary Florence Taney of Kentucky. Its inception was during the meeting of the International Genealogical Congress at the Panama Exposition in San Francisco, CA on July 15, 1915.  The founder, Miss Taney along with five other ladies (Mrs. Alice Hardeman Dulaney, New York; Miss Anna Taylor Hodge, Kentucky; Mrs. Georgena Hodge Bailey, Kentucky; Miss Florence May Washington, Kentucky; and Miss Grace Marie Cheever, Ohio) had a common interest in genealogy and it was that shared passion which led them to form a lineage organization titled the National Society Colonial Dames XVII Century. As the organization grew and expanded, it became national in scope.

​Formation of the Society

The Certificate of Incorporation, which legitimized the Society's purpose as a benevolent, charitable and educational one was filed on August 19, 1920 with Ms. Taney as the President General. By this time the number of members had grown;  the exact number remains unknown given the scarcity of recorded history in the early years of the Society but the same was deduced by the list of names for Charter Officers, those signing the incorporation and the appointment of many ladies to organize the State Societies. Amidst other things, these early members of the Society were the ones who wrote and approved its First Constitution and Bylaws. Another action taken under the leadership of Miss Taney was the organizing of the state societies and the chapters. The first state to be organized was Missouri (July 7, 1921). The Kansas City Chapter was organized in 1922.

The current generation of Society leaders is working hard to fulfill the mandate of the founders to perpetuate the memory of the colonists and their lasting legacy of virtue, courage and patriotism that are the foundations of the character of this great nation.

The following remains the objectives:

2. To foster interest in historical colonial research. The members visit libraries and cemeteries across the country to research and copy the records therein.

3. To support the youth of our country in education. There are many different scholarships that the Society awards annually.

4. To commemorate the noble and heroic deeds of our ancestors who were the founders of this great Republic.

5. To zealously maintain the high principles of virtue, courage and patriotism which led to the independence of the Colonies and laid the foundation for the establishment of the United States of America

6. To maintain a Library of Heraldry and preserve the lineage and Coats of Arms of our Armorial Ancestors. The Society continuously adds to its extensive coats of arms collection, maintaining the original lineage provided by members during the application process.